It’s been two months since I left my primary career of being a radio station manager, news director, and morning show host. Three months earlier I completed my year as being a middle/high-school business education teacher.

“So what are you doing now?”

Lately, I can’t go anywhere without hearing that question. A trip to the grocery store is not complete without several conversation about what I plan on doing. And, if you’ve had a conversation with me, you know I’m an open book, vacillating between ideas and options, giving points and counter-points to each one.

My short answer is that I’m “enjoying my brief mid-30’s retirement”. To which the reply is almost always, “must be nice”.

Did I mention it was brief?!

So what have I done? Essentially, whatever the heck I’ve wanted! And it mostly feels great.

I’ve moved three times in the last three years. Certainly wasn’t part of the life plan, but I approached it as an adventure. I like change and embrace it. Though, there’s still plenty of things in boxes, or shoved in closets/cabinets still awaiting their final placement in my current home. I feel like a large chunk of time has been spent trying to get to the point where I finally feel settled. 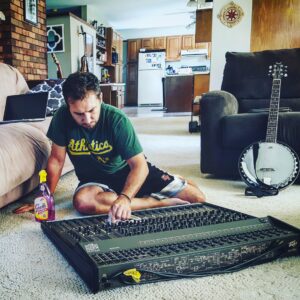 I’ve had a modest home recording studio for a while now. A place to record music, radio/podcast audio, and edit video. I’ve acquired various pieces of equipment over the years. Some of it old and in need of cleaning.

I also spent several days just relaxing. Doing nothing. No plans. Playing music when I felt like it. Watching music documentaries or an occasional movie. It was nice. But, that’s not something I can do for too long.

Growing up on a dairy farm in Wisconsin, I know I learned many valuable lessons and a good work ethic. I also could not wait to get off the farm! I was far more interested in playing music, sports, and creating entertaining experiences. I thought I was destined to find a bigger city to spend my young adulthood in. Life intervened, as it does, and I’ve remained a southwest-Wisconsin lifer to this point. But, I haven’t done much on a farm since I was in high school. 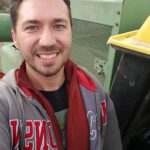 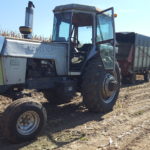 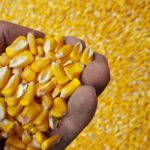 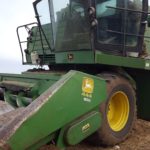 My dad found a few things I could do to help out. Harvesting corn, leveling out bins, hauling wagons. Things he has, for years, always just done by himself. I’m glad I was able to help a little bit. (I was probably more “in the way” than anything!) I’m even more glad I got to experience farm life again. It’s not easy, but incredibly rewarding and fulfilling.

Here’s the thing about working jobs where the requirement is essentially “being creative”. There’s often little tangible result, especially in radio. Literally everything I made went *poof* into thin air. I’ve come to believe that we humans are wired to want to see the results of our work. Regardless of a jobs difficulty, we can bask in the satisfaction of seeing, feeling, tasting the result. Spend all day digging a ditch, BAM, there’s a ditch! It was nice to feel that satisfaction of a job completed again.

I love music. I always have. I took it for granted and lost it for a long time. But, as my realization of how big a role music plays in my life returned, I know that it’s the thing that makes me happy. 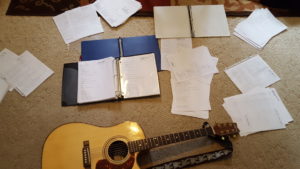 I had gotten so busy between radio work and teaching last year, that there was little room left for making music. In the last two months, I’ve had the time to learn new songs to play and even write a few of my own originals. I’ve even started practicing with a few other musicians hoping to create a full-fledged rock band, something I haven’t been a part of since college.

The point is this. If you know what makes you happy, what you just naturally want to spend your time doing, and sometimes catch yourself obsessing over it – DO THAT AND NEVER LET IT GO. It is as much a part of you as any other part of your body. Hang onto it, nurture it, get lost in it, and don’t let anyone change that about you. It is you. 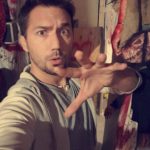 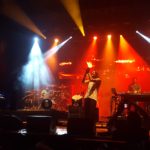 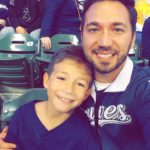 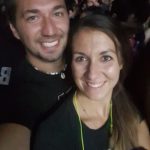 We Sure Miss You on the Radio

That’s usually the follow-up statement after people ask “what are you doing now?”. There’s a lot that I miss, too. Things I knew I’d miss. Hosting the morning show with Kelly, covering area news and having the opportunity to interview area news makers.

I realize that I was a big part of peoples lives and daily routines. It’s something that I took seriously. It drove me to be informative, intelligent, entertaining, and reflective on air.

So, why did I leave? I’ll save that for another article. 😉

There’s options. But, I don’t fully know for sure. Stay tuned.