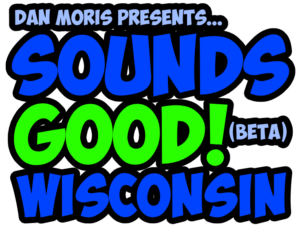 Sounds Good Wisconsin is currently an undistributed beta test of a streaming only radio station featuring a variety of music, local conversation related to southwest Wisconsin, and hopefully a dose of fun and inspiration.

For nearly two decades, Dan Moris has been a broadcaster covering southwest Wisconsin and northeast Iowa. From college radio at WSUP to being the Station Manager and News Director at WQPC, Dan has filled nearly every role there is at a radio station.

I believe everyone has a story to tell. I love meeting new people and getting to know what makes them who they are. Additionally, I’m an audio geek. I love recording and mixing voice, sounds, and effects together to tell that story. – Dan Moris